Swedish nightlife in the early nineties did not have very much to offer if you were into black american dance music. In September 1993 this all changed, when Soul opened it's doors at legendary jazz nightclub Fasching in Stockholm. A 500+ strong premiere crowd of unsuspecting party people and seasoned clubbers were in for a very special evening which would soon turn into a long lasting love affair.

That first night was a roaring success and placed soulmusic firmly on the map of the Nordic capital's nightlife, in the shape of Soul. The name of the club, Soul, was choosen to reflect the actual fact that there was no other regular club playing soul music in Stockholm at the time.

With the overwhelming response from the crowd already during those first few months of the club, Soul quickly established itself as the place for serious, but funloving soulfans to meet, drink, party and dance the night away to nothing but the finest sounds in black dance music.

6T's soul, funk, latin, r&b, northern soul, rare grooves, boogaloo, jazz, hammond grooves and modern soul all the classic and obscure sounds of danceable black music from the early sixties and onwards have kept the groovy crowd at Soul coming back for more every single Saturday for the last ten (!) years and there are no signs of the mutual love affair between Soul and it's crowd ending.

To date tens of thousands of clubbers have lifted the roof at Soul, Fasching during hundreds and hundreds of sweaty Saturday nights. Founders Robert Baum and Fredrik Ekander, along with long time partner and now resident DJ Munken, continue to serve up classic soul music mixed with newly discovered obscurities from their never ending worldwide search for more soulful sounds. Subsequently; only at Soul will you hear such a great and ecstatic mix of oldies and newies, classics and obscurities in one of the friendliest club athmospheres you've ever experienced.

On a regular basis, Soul invites other top Swedish DJ's along with international soul star DJ's to add to the fun. Keb Darge, Dean Rudland, Nancy Yahiro, Ian Jackson, Chris King, Terry Jones and many others haveall mastered the decks at Soul, as have the cream of Sweden's club profiles, such as Johan Netz, Mad Mats, Andres Lokko, Lee-Nuss, Tom Pyl, Halluk, Soul-Henrik, Martin Johanson to mention a few...

So, unless you have visited Soul yet; please come along and join the party. We are quite certain that you won't regret it.

And if you are already part of the glorious Soul crowd, thank you so much for supporting the club and please; enjoy the Soul website! 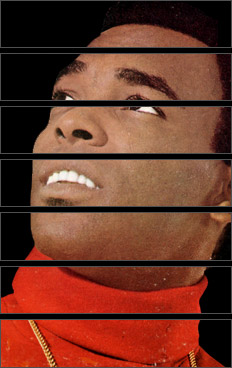